There was a big surge in dangerous email ransomware (like Locky and Cryptolocker) and other viruses, during most of 2016. It began in March and lasted pretty much unabated through December. This 10-month flood of malware can easily be seen by comparing the months in 2016 to those in 2015, which was a more typical year. 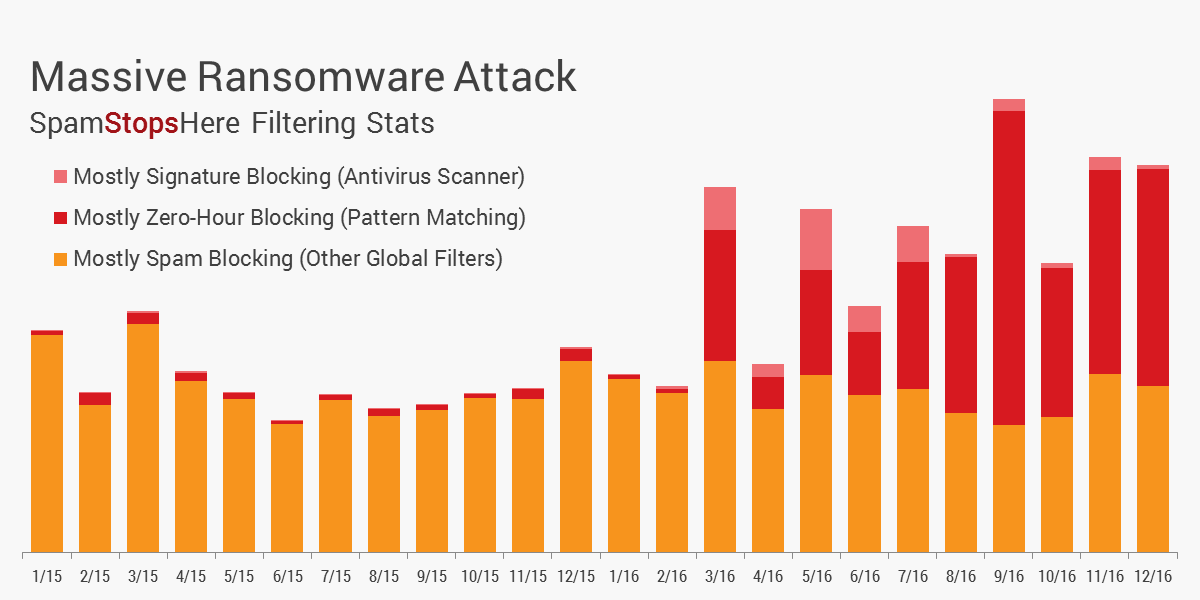 This chart has three series of data. The pink areas are the number of messages blocked by our traditional virus scanning engine. That number increases dramatically in March 2106 in response to the wave of malware and remains very large the rest of the year. But that's only part of the story.

Almost all of the red areas are the number of messages blocked by our zero-hour pattern filtering. our Pattern-Matching filter normally catches only the few spam messages not blocked by the three Global filters before it (Blacklist, URL and Phrase). However, our analysts updated it during the surge to block malware that followed certain patterns. This turned out to be a very effective tool and helped us maintain our filtering performance despite this massive campaign.

Finally, the yellow columns show how many messages other SpamStopsHere filters blocked. Almost all of these would likely be considered spam.

This chart also shows how few emails with viruses there usually are compared to spam (e.g., phishing scams, CEO spam, pump and dumps, etc.). You can see the surge in email viruses by comparing each SpamStopsHere filter to the same one during 2015. However, beginning in March the number of viruses surged to sometimes more than spam email.

We also collect data on how many messages each filter blocks every day and can see the data daily, monthly or annually. This is useful for reviewing the relative load on each of our filters. The data for 2015 (lighter colors) vs. 2016 (darker colors) is shown in the column chart below. 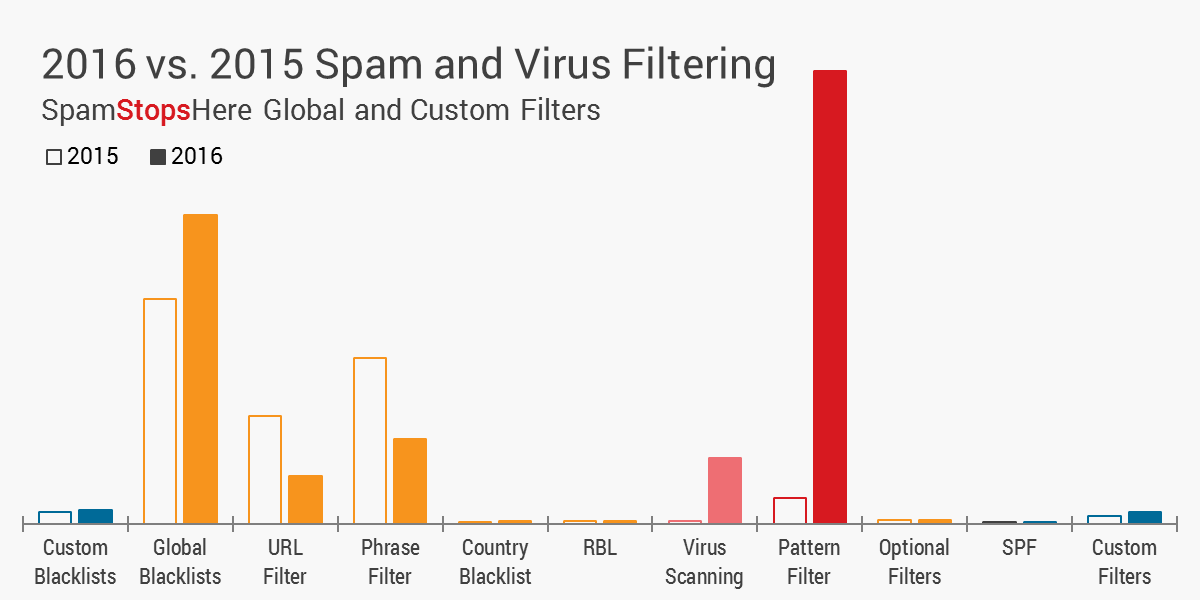 Let's take a closer look at each filter:

2016 was a very strange year for spam and virus filtering. However, our 24/7 professional analysts were able to keep up with the rapidly changing ransomware and other campaigns. If you're still relying on traditional (especially installed) virus scanning to protect your business, you should consider adding premium antispam and antivirus like SpamStopsHere that has a global view and can update every few minutes 24/7/365. The threats are very real, very dangerous, and can easily overwhelm a company's IT staff.

Try SpamStopsHere FREE for 30 days and leave the filtering to us.